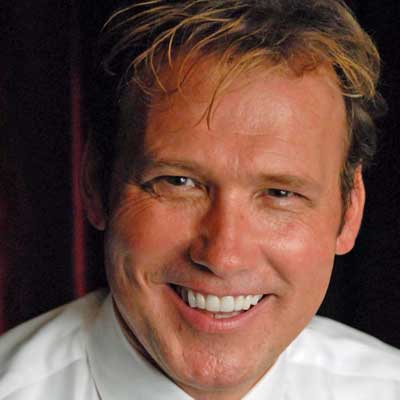 Alongside Russell Moss, Brad co-founded Golden Ticket Productions in 2009. He spearheads all administrative functions for the company and assists within a creative capacity as a writer, actor and artistic director.

A successful entrepreneur and business owner, Brad’s thrives at bringing people and opportunities together. In addition to his involvement with Golden Ticket Productions, Brad is also the co-owner of the historically esteemed Boggstown Cabaret and co-founder of The Palace Theatre in Brown County, Indiana. Brad also brought partners together in the collaborative purchase and establishment of Brown County’s Out of the Ordinary Restaurant and Hickory Sports Bar.

Managing a production company, Brad’s portfolio includes creative talents. He has been credited as director, producer, writer, and actor in a number of productions. He is the author of our original production Platinum Girls the Musical, and has acted in both Tumbleweed and many renditions of our Murder Mystery series. Proving his talent and determination, he is definitely a business leader who doesn’t hesitate to dive headfirst into his company.

Brad also appreciates the value of community. He has previously served on the Board of the Brown County Visitor’s Bureau. Currently he serves as a Board Member of the Indianapolis Jazz Orchestra. 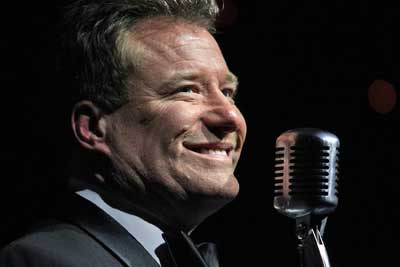 Originally from Los Angeles, California, Russell is a proud member of the Screen Actors Guild-American Federation of Television and Radio Artists and the Actors Equity Association. He received his B.A. in Theatre Arts from California State University at Northridge. Afterwards, he studied film acting at the famed Film Actors Workshop at Warner Brothers Studios and worked as a Studio Tour Guide at Universal Studios, Hollywood. He was also a member of the prestigious Occidental College Summer Repertory.

With over 3500 performances in his portfolio, Russell has lit up the stage in cities around the country including New York, Las Vegas, Branson, and Indianapolis. He is the co-author and co-producer of our original hit musical Platinum Girls, as well as the lead singer in our Frank Sinatra tribute, Ol’ Blue Eyes and the main star in our Christmas show, Believe: A Brown County Playhouse Christmas Tradition. Russell writes and co-produces original Murder Mysteries for various attractions and is the lead male vocalist for the Indianapolis Jazz Orchestra. Since 1984, he has been co-owner of the Boggstown Cabaret in Boggstown, IN and Out Of The Ordinary Restaurant in Nashville, IN.